Teams from England, Scotland, Northern Ireland and Wales were competing in this first ever event over three days. Men’s and Women’s teams played in teams of two pairs. For Wales, Adam Sully and Matthew Monckton formed Team 1 and John Morgan and Zack Nettley formed Team 2 on the men’s side and Elisa Ionascu and Mary Kourvand formed Team 1 and Megan Evans and Katie Anderson formed Team 2. 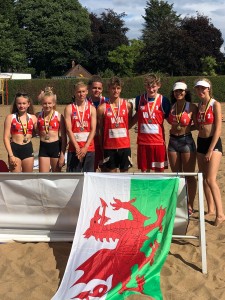 The teams competed in the group stages throughout Monday and Tuesday whilst then moving on to the knockout stages on Tuesday and Wednesday.

The first day proved difficult, however, youngsters Megan Evans and Katie Anderson managed to get their first ever win over Scotland 3 winning 2-1 (22-20, 11-21, 15-11). The girls combined team continued their winning streak by beating England 4 in the golden set. Overall, the girl’s team came 7th.

On the boy’s side, the Welsh team needed some support, as only two Welsh boys were available to play but due to the team of 2 pairs rule, 2 more players were required to allow Wales to compete. Luckily, John Morgan and Zack Nettley were available from Beach Academy Volleyball Club in England to help out. Together they started a difficult journey against England, which they later on met again in the final. Various golden set wins through the group stages, allowed the team to win their way through the knockout stages to make it to the final against England. England proved too strong in the end, nevertheless a great and a bit unexpected performance of the Welsh team.

Detailed information is available at http://www.inter-beach.net.

A big thank you to Cardiff Beach Volleyball Club for hosting this event in their great club facilities in Victoria Park and to all the coaches, players, volunteers and parents. 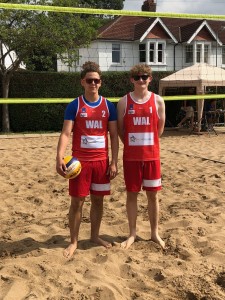 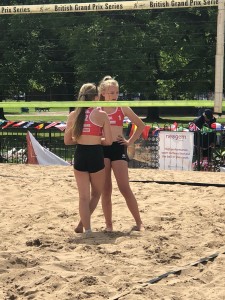 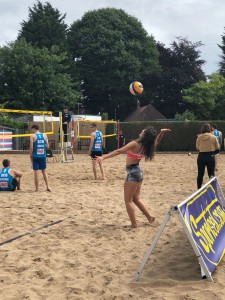