Together.Stonger – just two words, but ask anyone in Wales, following the recent success of the Welsh Football team, and these words mean so much more.  The passion, desire, togetherness of a group of people, outweighs the success of any one individual, and in the right environment, it seems that dreams really can come true.

The belief in the motto is high in other sports too, particularly within Volleyball.  A small but passionate group of people are working hard to develop the sport within Wales and the hard work is really beginning to pay off.  The recent opening of Cardiff Beach Volleyball Centre; beach tournaments taking place in North Wales, Tenby, Swansea and Barry planned for the summer; junior coaching sessions are proving ever popular; and preparations are under way for another exciting indoor season in the Welsh League and National Leagues. 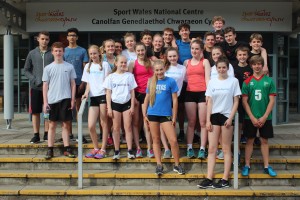 One team before the Fun Run started

More recently, a group of junior players have embarked on a new challenge over the summer as they prepare for the Sainsbury’s School Games taking place in September in Loughborough.  The two squads (U17 Boys and U16 Girls) are training hard to secure a place in the final teams that will go on to compete in the Games.  The Games themselves are a fantastic multisport event providing the athletes with valuable experience of big competitions as well as providing mentoring, life skills and of course, friendships.

The training and preparation comes at a cost which cannot be covered by the Governing Body due to the funding available to them.  Not only do the players have to train and focus on their own preparation but they are also learning another life skill – not everything is available for free.  As one team, coaches and support staff too, they are all searching for ways to fund their preparation and travel to the Games.  So far, they have undertaken a successful weekend of bag packing, thanks to Morrison’s in Cardiff Bay.  To raise more funds to keep training over the summer, the entire squad embarked on a 5k Fun Run to help raise awareness of the sport and to encourage others to help support the hard work that they players are already committing too. 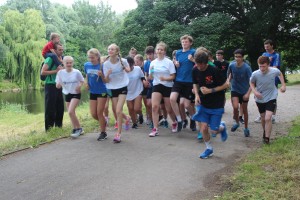 Leaving from the Sport Wales on a sunny summer evening, the squad, pace makers and family members ran a route through Bute Park and along the Taff Trail before completing the run back at Sport Wales.  The team ran most of the way together before a sprint finish with players coming back, smiling, within a few minutes of each other.  Chairman Yvonne Perkins said “the effort that the players and coaching team are putting in is inspiring.  They started the run as a group of friends but by the end they were really working well as a team.  It is lovely to see the individual improvements in their games, as well as how they are gelling as a team.  I am looking forward to seeing them in Loughborough, where they will compete against the other Home Nations”.

Head coach Sandra Stoll has created a Just Giving page where people can donate to help support the teams as they embark on their first international event.  If you would like to donate then it really would be appreciated by all involved.

A few pictures of the run… 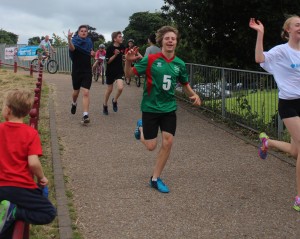 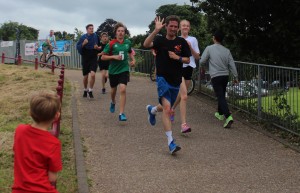 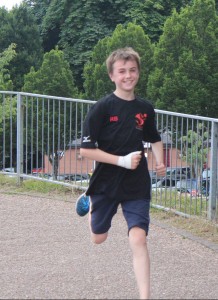 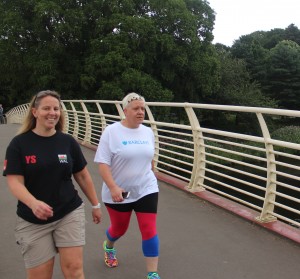